The double-track of the Afghan strategies: the Taliban political office and the military confrontation. Hypothesis of future scenarios 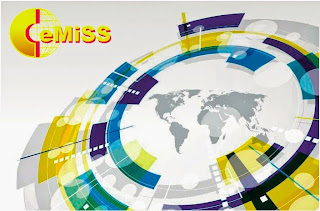 Afghanistan opposition parties are engaged in an increasingly violent offensive. Negotiations are likely to dictate crucial counterbalances to domestic and regional dynamics.
Claudio Bertolotti’s analysis underlines that conflicts involve not only the Afghan armed opposition groups, but also foreign actors, bringing the long-standing Afghan issue to a global level.


Afghan Armed opposition groups (AOGs) are conducting a growing military offensive and are moving to a possible and profitable political negotiation process which could impose, on the one hand, a significant new equilibrium on national and regional dynamics. On the other hand, the political process could open to new intra-insurgency conflicts because of the risk of a fragmentation of the AOGs; a fragmentation that could be facilitated by the ISIS&Co. attempt to destabilize the region.


Between the two groups, the Afghan government, the US, and the regional powers are trying to convince the Taliban about the advantages and the benefits deriving from a political agreement. Meetings and talks are ongoing at present and in agenda for the future and involving governmental representatives, AOGs members, civil society, NGOs, and countries, as demonstrated by Qatar, China, Norway, United Arab Emirates.


Outcomes of the afghan dynamics


On the one hand, Pakistan urges Afghanistan's Taliban to join in peace talks. It is a clear indicator of the Pakistani concern to maintain a primary role in the influence-process of the Afghan dynamics. For the first time, Islamabad has denounced the ‘spike in violence’ stemming from the Taliban new spring offensive, declaring peace, dialogue and reconciliation is the only solution to end war. This could open to a new relationship between Kabul and Islamabad.

On the other hand, more U.S. troops will remain in Afghanistan. The Obama administration decided to maintain more troops in Afghanistan next year than it had intended, effectively upending its drawdown plans in response to roiling violence in the country and in support to the Afghan government which had requested flexibility on the pace of the drawdown. It is a consequence of the recent events in Syraq, where Iraqi military forces collapsed in the face of an offensive by the Islamic State (ISIS). In synthesis, US forces will provide combat support to Afghan troops in order to prevent detrimental strategic effects.


1. First scenario. The dynamic nature of ISIS could lead the Taliban to a political solution with the Afghan government opening to a substantial power-sharing process; this could facilitate a substantial disengagement of the US lead foreign combat troops. Possible, unlikely.


2. Second scenario. Competition with ISIS could drive to a new phase of civil war characterized by augment of violence as consequence of the conduct of ‘spectacular actions’ finalized to obtain media-attention effects (in order to impose the ‘ISIS premium brand’). As consequence, Taliban could concentrate their effort on ISIS’s affiliate groups. This process cound involve marginal actors, local groups, power groups, local and transnational crime. Probable.


3. Third scenario: mujahidin alliance. In case of a long-period conflicts among AOGs and ISIS affiliate groups, it is not excluded a possible ‘insurgency’ collaboration involving the main actors of the conflict: Isis, Taliban and Hig (Hezb-e-islami Gulbuddin Hekmatyar). Possible, improbable in the short-period.


4. Fourth scenario. In line with the dynamics involving the Teherik-e Taliban-e Pakistan, the Afghan Taliban could be characterized by a splintering process where the hard-core (oriented to a power-sharing process based on the compromise) could face the more young and radical faction not willing to stop the fighting and induced to join the ISIS&Co. groups. Hypothesis assessed as very likely.